In signal processing, a comb filter adds a delayed version of a signal to itself, causing constructive and destructive interference. The frequency response of a comb filter consists of a series of regularly spaced spikes, giving the appearance of a comb.

In acoustics, comb filtering can arise in some unwanted ways. For instance, when two loudspeakers are playing the same signal at different distances from the listener, there is a comb filtering effect on the signal. In any enclosed space, listeners hear a mixture of direct sound and reflected sound. Because the reflected sound takes a longer path, it constitutes a delayed version of the direct sound and a comb filter is created where the two combine at the listener.

Audio effects, including echo, flanging, and digital waveguide synthesis. For instance, if the delay is set to a few milliseconds, a comb filter can be used to model the effect of acoustic standing waves in a cylindrical cavity or in a vibrating string.

Comb filtering is not your friend! 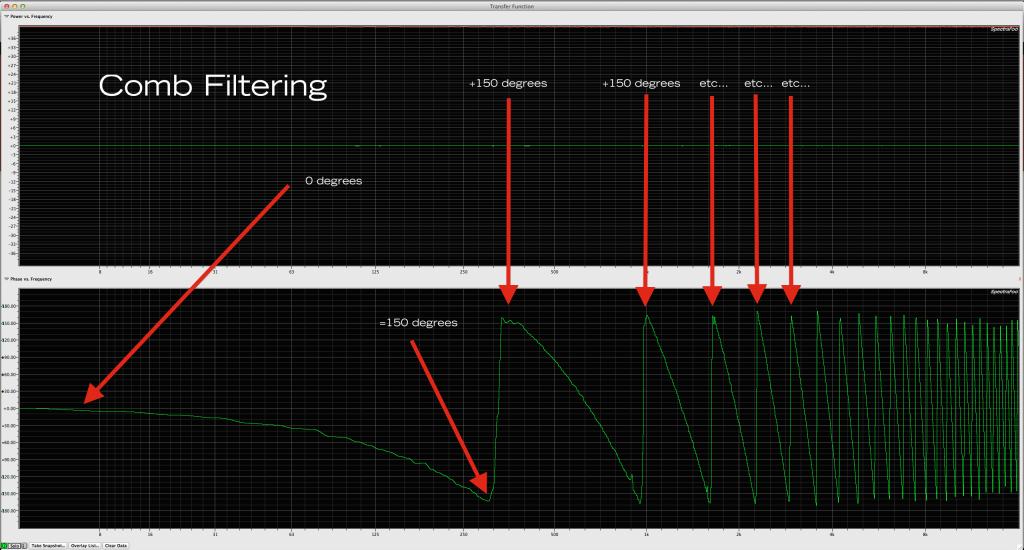 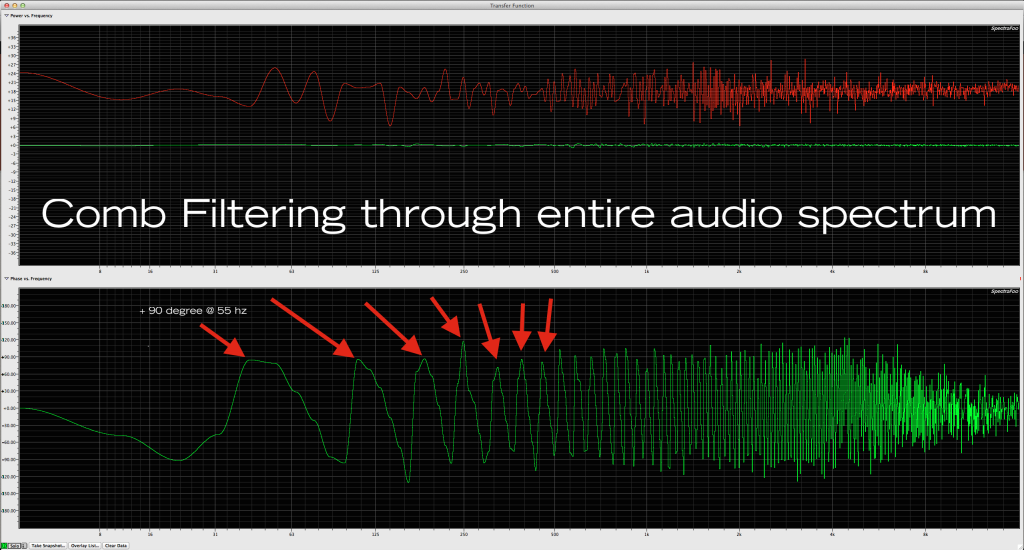 Think of comb filtering as audio poison. Don’t drink it!!!