I recently used the word “pink noise” when describing the measurement procedure and was asked what that means.

Let’s take a look at what “noise”: 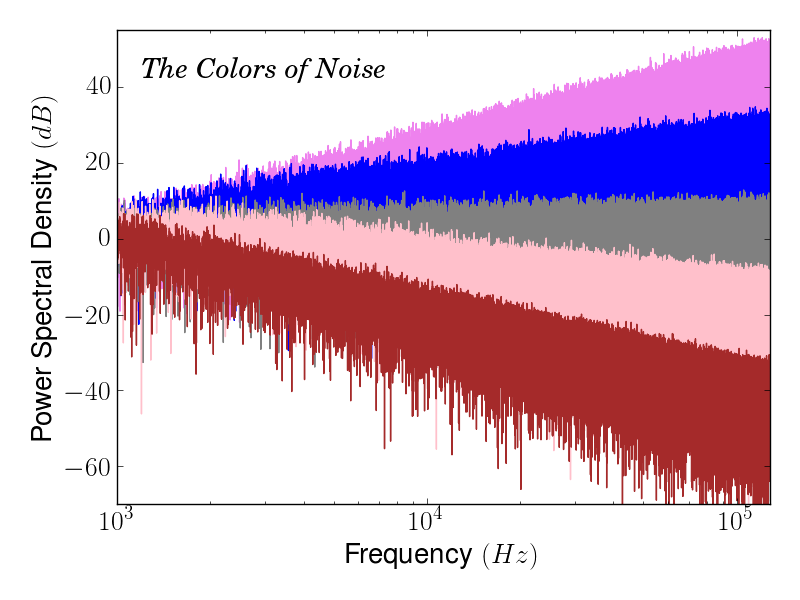 The practice of naming kinds of noise after colors started with white noise, a signal whose spectrum has equal power within any equal interval of frequencies. That name was given by analogy with white light, which was (incorrectly) assumed to have such a flat power spectrum over the visible range.[citation needed] Other color names, like pink, red, and blue were then given to noise with other spectral profiles, often (but not always) in reference to the color of light with similar spectra. Some of those names have standard definitions in certain disciplines, while others are very informal and poorly defined. Many of these definitions assume a signal with components at all frequencies, with a power spectral density per unit of bandwidth proportional to 1/f β and hence they are examples of power-law noise. For instance, the spectral density of white noise is flat (β = 0), while flicker or pink noise has β = 1, and brown noise has β = 2.

For our purposes, we use pink noise:

The frequency spectrum of pink noise is linear in logarithmic space; it has equal power in bands that are proportionally wide.[1][3] This means that pink noise would have equal power in the frequency range from 40 to 60 Hz as in the band from 4000 to 6000 Hz. Since humans hear in such a proportional space, where a doubling of frequency (an octave) is perceived the same regardless of actual frequency (40–60 Hz is heard as the same interval and distance as 4000–6000 Hz), every octave contains the same amount of energy and thus pink noise is often used as a reference signal in audio engineering. The spectral power density, compared with white noise, decreases by 3 dB per octave (density proportional to 1/f ). For this reason, pink noise is often called “1/f noise”. 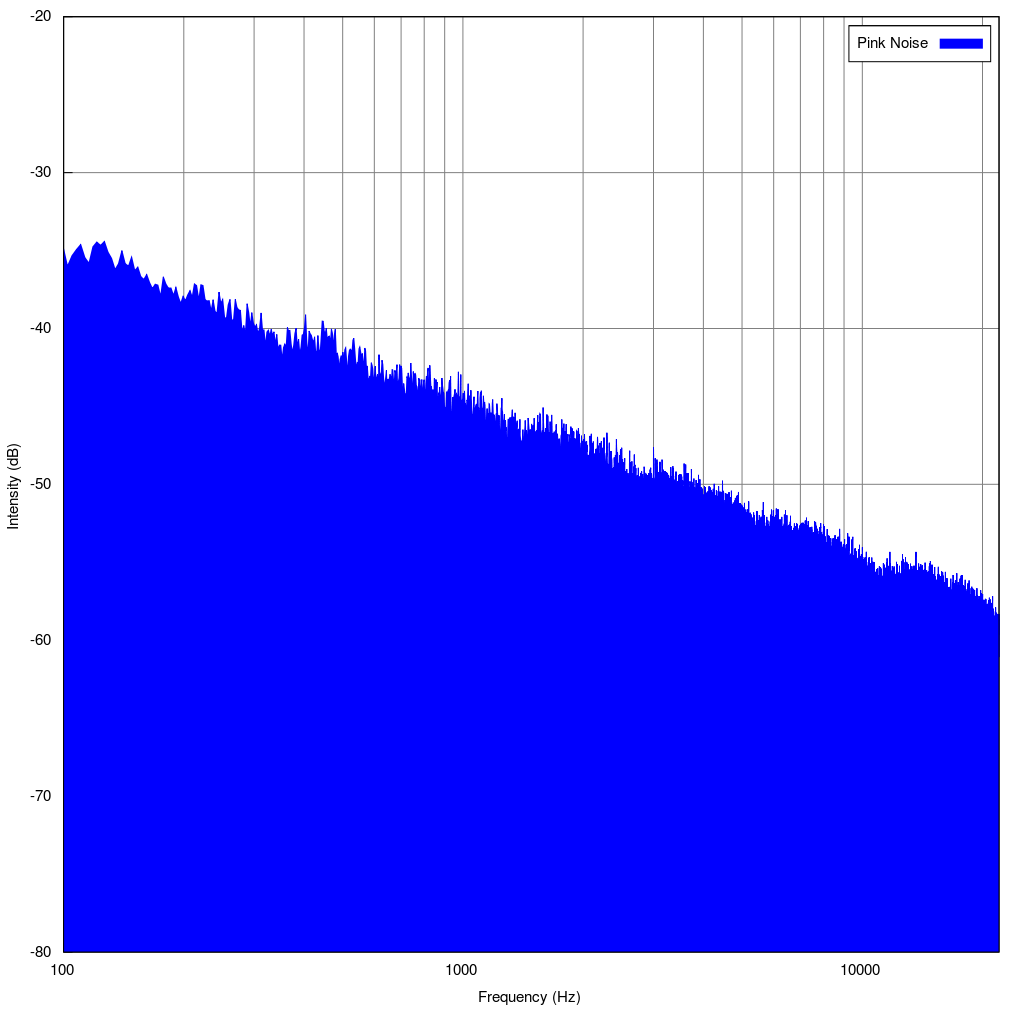