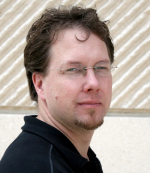 The short story:
Jamie has been teaching and working in the field of sound system engineering, measurement and alignment for over 17 years. During his career, he has worked as a technical support manager and SIM instructor for Meyer Sound Laboratories, as a system engineer on tour for A-1 Audio (kd Lang) and UltraSound (Dave Matthews Band), and most recently, as a product manager and instructor for SIA and EAW.

In the course of his professional career, Jamie has taught more than 350 SIM and Smaart classes, for over 5000 students (!), in over 20 countries on 6 continents. He has been the house system engineer for 4 Montreux Jazz Festivals and 6 Telluride Bluegrass Festivals, has worked with The Grateful Dead, Anita Baker and Louis Miguel Tours, and has been involved in hundreds of system alignments across a vast and diverse range of venues (studio to stadium) and applications (theatre, church, clubs, rock and roll tours, conventions, etc .)

What he has learned from his career so far is that art and practice of system alignment is as varied and expanding as the people, equipment and applications that encompass the field, that training classes are always a two-way street, and that anyone that understands their tools can create new and effective ways to use them.

The long story:
Jamie was going to be a lighting designer – that’s where the journey began. Throughout most of his early life, he was heavily involved in theatre production and particularly, lighting. He attended Worcester Polytechnic Institute (WPI) to study EE and optical physics – always with an eye towards getting involved the world of entertainment lighting technology. While attending WPI, he occasionally worked as a stage hand at the Worcester Centrum to pick up extra cash (=beer) and ogle the cool lighting gear the touring guys had. During a load-in for the Grateful Dead, a close friend and fellow geek convinced the sound engineers, (Dr.) Don Pearson and Dan Healy, to give them a tour of their system. What really struck him was that they were using B&K dual-channel FFT analyzers for tuning their system – it was an incidental occurrence that eventually changed the course of his career.

After graduating WPI with his BS, Jamie followed his love of theatre and attended the Yale School of Drama (YSD) to get his MFA in Technical Design and Production. While he began his time at YSD believing he would become a lighting designer, it was there that he made his transition to the dark (and noisy) side and moved his focus over to sound design. Along with that transition came his first experiences of system frustration – why does my system sound different everywhere, and nowhere does it sound like it did in the studio, and what’s that noise??? When it came time to choose his thesis topic, that day in the Centrum with Dr. Don and his B&K came back to him, and he chose “Equalization for Sound System Response Optimization” (a real page-turner.) If that day in the Centrum changed the course of his career, the choosing of two system alignment professionals for his thesis advisors cemented it – Alexander Yullil Thornton III (Thorny) and 6o6 McCarthy. The former introduced him to the world of professional sound system alignment and acted as guidance councilor in his chosen field. The latter, would become a mentor who taught him to be professional system engineer, to measure and align sound systems and eventually to teach the craft to others.

After graduating YSD, Jamie took a job teaching at USC in the Theatre Department and moved out to LA. Near the end of the first year at USC, he received a call from 6o6 asking if he would be interested in a job working for him in the SIM dept. there. He packed his bags and dog Marcus the day the USC school year ended, and headed North to Berkeley as fast as his Toyota Tercel wagon could carry him (never of course exceeding posted speed limits). So began his apprenticeship under 6o6 in the SIM department and his career as a professional system engineer and instructor.

He eventually left Meyer Sound to follow the sirens’ call of the road and the life of a touring sound engineer. In 1998 he was approached by Ken Berger, then owner of EAW, with the opportunity to join them to manage their new acquisition, SIA Software Company – the creators of the new Smaart measurement platform. It seemed like a great challenge, and getting off the road and staying married was definitely an appealing change.

After nine years working on SIA and Smaart with Calvert and Karen within EAW (and eventually Mackie/Loud Technologies), the opportunity presented itself to start a new, more focused venture. So on April 1, 2008, along with Smaart v6′s principal programmer Adam Black, Rational Acoustics LLC was born. And so begins the next chapter of this story.

(We told you it was the “long story”)