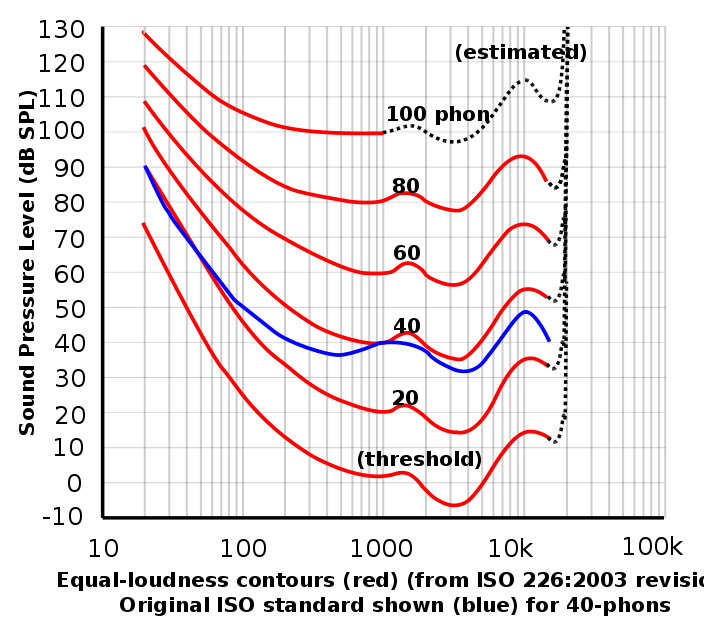 An equal-loudness contour is a measure of sound pressure (dB SPL), over the frequency spectrum, for which a listener perceives a constant loudness when presented with pure steady tones. The unit of measurement for loudness levels is the phon, and is arrived at by reference to equal-loudness contours. By definition, two sine waves of differing frequencies are said to have equal-loudness level measured in phons if they are perceived as equally loud by the average young person without significant hearing impairment.

Equal-loudness contours are often referred to as “Fletcher-Munson” curves, after the earliest researchers, but those studies have been superseded and incorporated into newer standards. The definitive curves are those defined in the international standard ISO 226:2003 which are based on a review of several modern determinations made in various countries.