I installed a PA system for a local church in 2008 consisting of (4) Toby Blasters for main speakers, (2) Toby Blasters for delay speakers and (2) Toby Sheriff subs for low end.  (2) more Toby Blasters were used as overhead monitor speakers for the stage. Fast forward to November of 2014 & I recently got a call from the new musical director wanted to revisit the system. 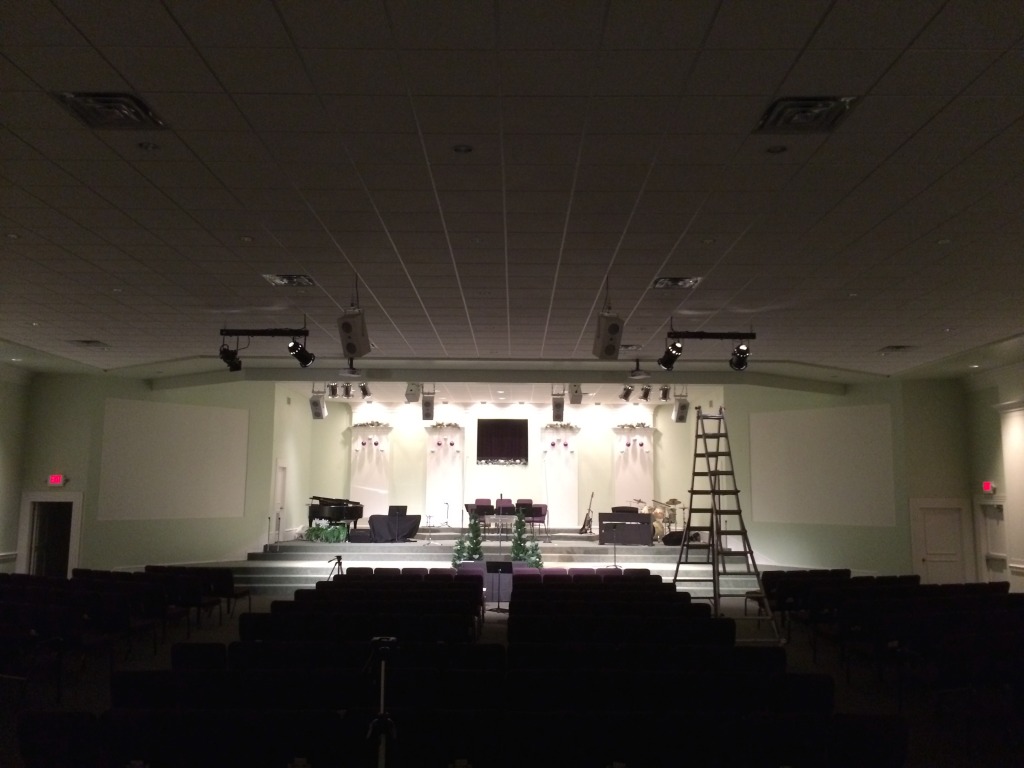 Upond arrival we discovered that (2) of the (8) Toby Blasters had blown HF drivers and those were fixed. We also retuned the system using Spectra Foo Complete’s TRANSFER FUNCTION.

Honestly, in 2008 I had no understanding of FFT / Tranfer Functions and literally no real understanding of how speaker interact with a room. In 2008 I used the dbx Driverack 260s built in RTA tool to system adjust eq.

Here is a trace showing the HLC main measured with it’s 2008 eq in place. Notice the 1k peak and the comb filtering starting at around 4k and extending up past 16k.

This is a glaring example of how either trusting an RTA (which doesn’t tell you what you’re measuring) or using your ears can lead you astray. If I’d used a tranfer function instead of the RTA, I would of seen the comb filtering and realized it’s due to placing the mains too close to the ceiling.

The other newbie mistake I made was choosing a graphic EQ for system processing instead of the parametric eq that the driverack 260 offers.

This time I was able to flatten out the speakers with less than (4) filters per zone.