In a previous post I explained how the existing house speakers were found to have issues and had to be temporarily replaced. Anytime you get to try something different in a space is a great opportunity to learn whether the new rig works better or worse than the previous rig. In this case the original rig consists of (2) Renkus Heinz TRC151/9 acting as a stereo L/R. These speakers have a 90 x 40 horn that can be rotated. The horns have been mounted with the slot in the vertical position up to this point but is that right horn orientation for the space? Is 90 degrees of horizontal coverage enough or too much? If we rotate the horn so that we have 40 degrees of horizontal coverage is 90 degrees of vertical coverage too much? 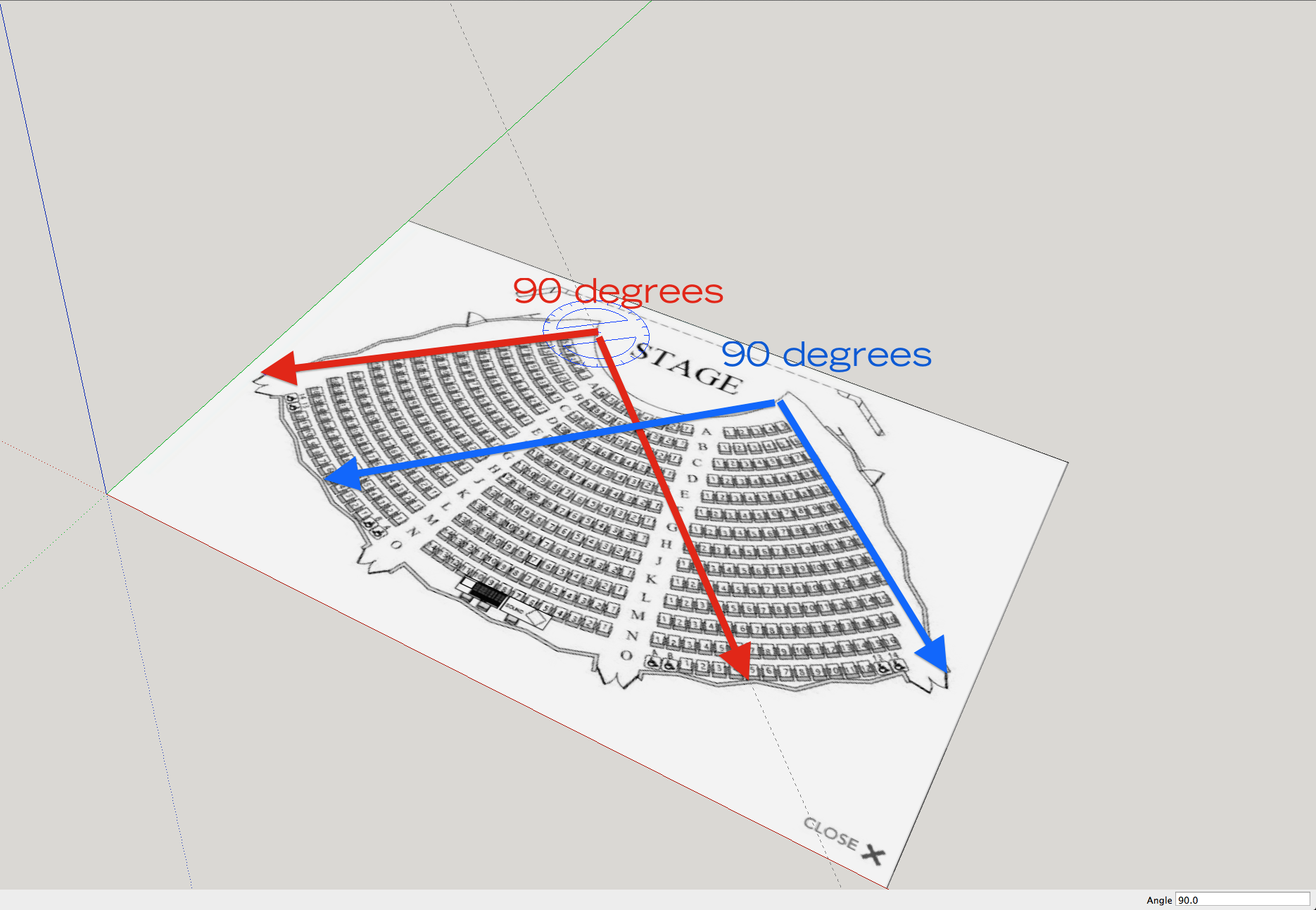 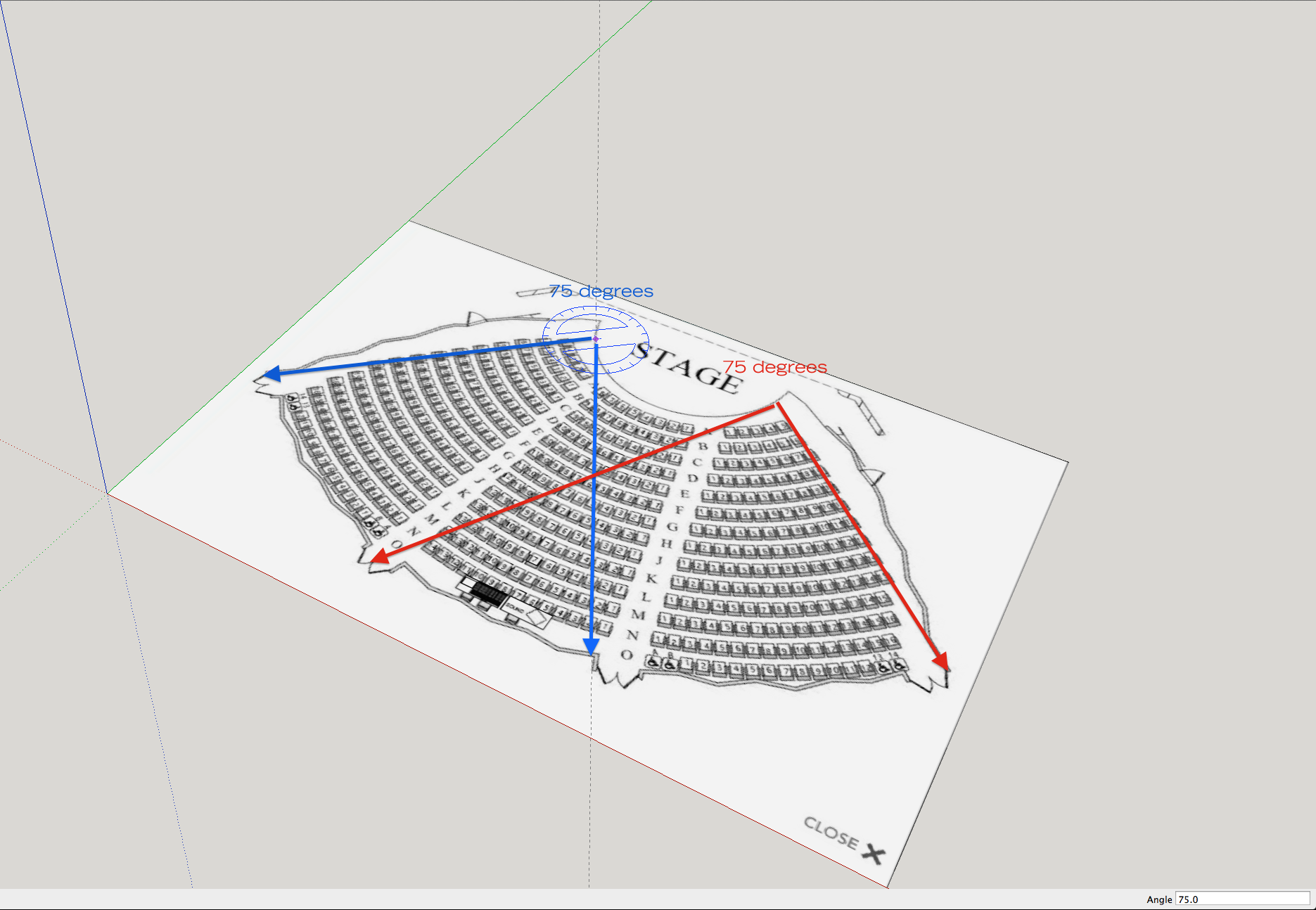 To make matters more complicated, a while back a center speaker was added. A QSC KW122 to be specific. So previously the rig consisted of (2) 90×40 TRC151/9 and (1) KW122 in the center of those. Now the rig consists of (3) KW122s. When the change was made the decision was made to abandon the “stereo” concept because there is very little “stereo imaging” to be had in the space. The current configuration treats the space like a (3) zone mono PA. There are (3) sections of seats separated by (4) isles. Anytime you have the same sound source covering the same territory as another sound source, you’re creating comb filtering at the overlap zone. If you want “stereo”, you deal with this sonic hit but once you can make peace with the fact that for very few “stereo” isn’t stereo at all but instead a sonic mess, you can begin to design and configure without false notions as your guide. Currently the Scott Theater PA is mono and (3) zones. Fine. Not surprisingly the PA sounds better in this configuration. The FOH position is covered by only (1) of the (3) speakers (a first). There is minimal overlap and most of it is happening in the isles. 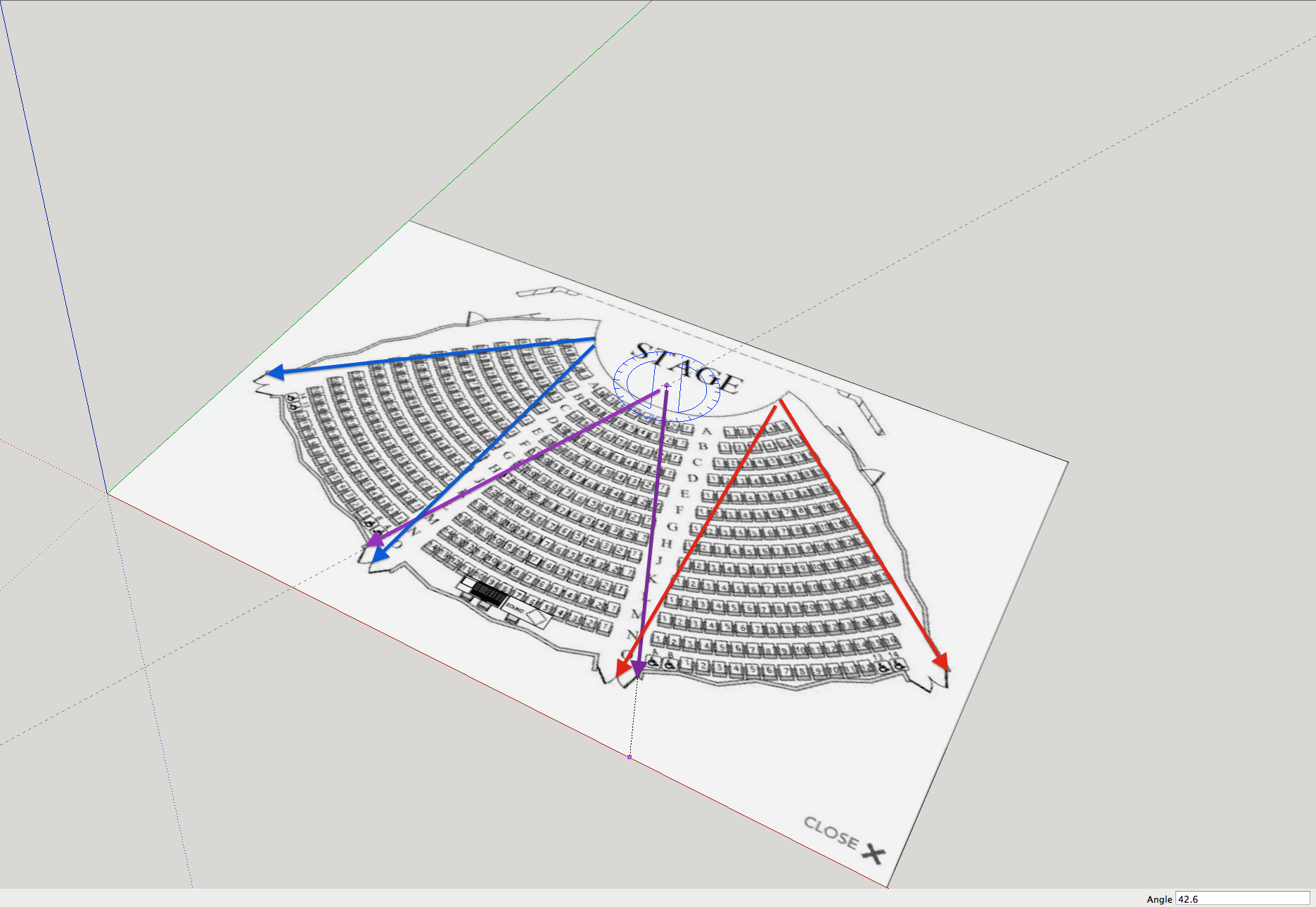