Last night I finally had a break through on this design. The issue has always been that the space is used in two different configurations. With and without a live band. If the design covers all the seating, it will also cover the band when the band is present. Using Google SketchUp, I did a study of a design that will cover all the seats and and a different design that doesn’t cover where the band sets up (mirrored on the opposite side of the venue). One design uses (3) speakers and one design uses (4). The solution (whether it’s the chosen design or not) is a design that has (2) parts to it. The (4) speakers will provide coverage to all seating for general voice (lectern, altar & any wireless mics) while the other (3) speakers will amplify the band instruments while leaving them out of the coverage pattern. This would be considered an A/B sort of design and there are sonic benefits to be had in having only voice is one set of speakers and the band in another set.

The biggest downside I see to this design concept is that it will require more gear (speakers, amps, dsp). There is a chance that having the band located in the coverage zone of the (4) speaker system won’t be an issue so it’s logical to start with the (4) speaker design and add 3 additional full range speakers if necessary.

My original designs were based around Meyer Sound products but the budget for this project doesn’t afford using Meyer gear. Instead I’ve adjusted the design to take advantage of some QSC speakers. Specifically the AD-S12 full range box and the AD-S112SW sub woofer. Both can be mounted on a yoke which simplifies rigging.

Here is a top view of the (4) speaker design that covers all the seating: 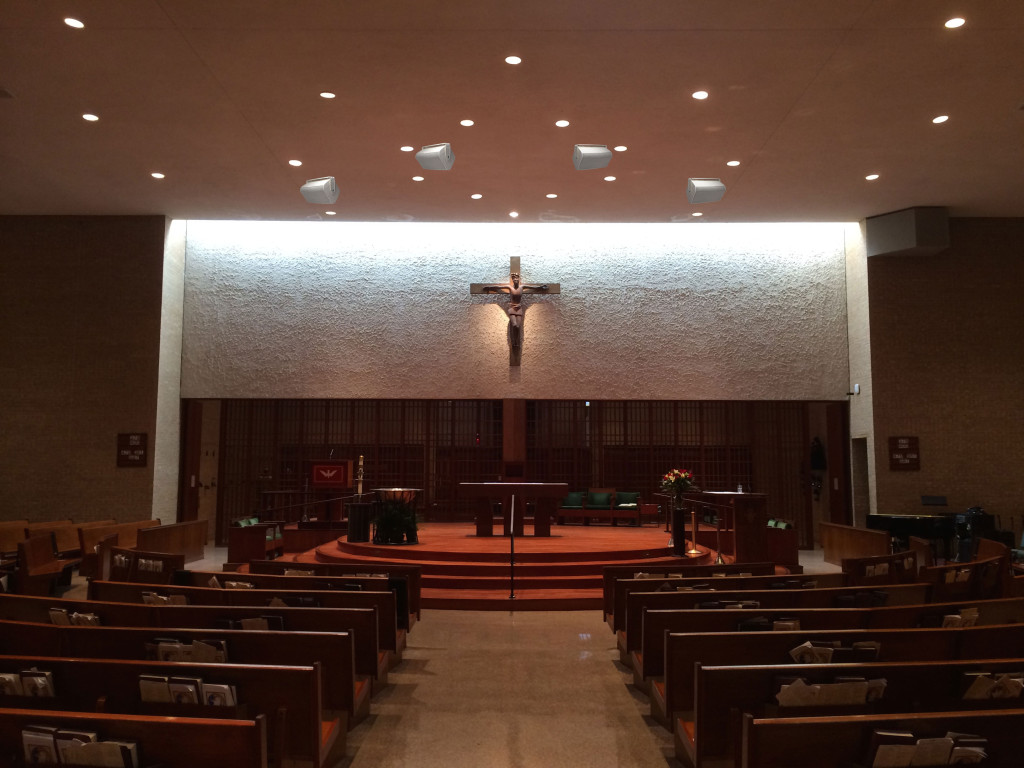 Here is a top view of the (3) speaker design that leaves the band area uncovered:

Here is a top view of the (7) speakers which would function at the same time but not reproducing the same signals. Voice would go to the (4) main speakers and the band channels would be routed to the (3) band speakers: 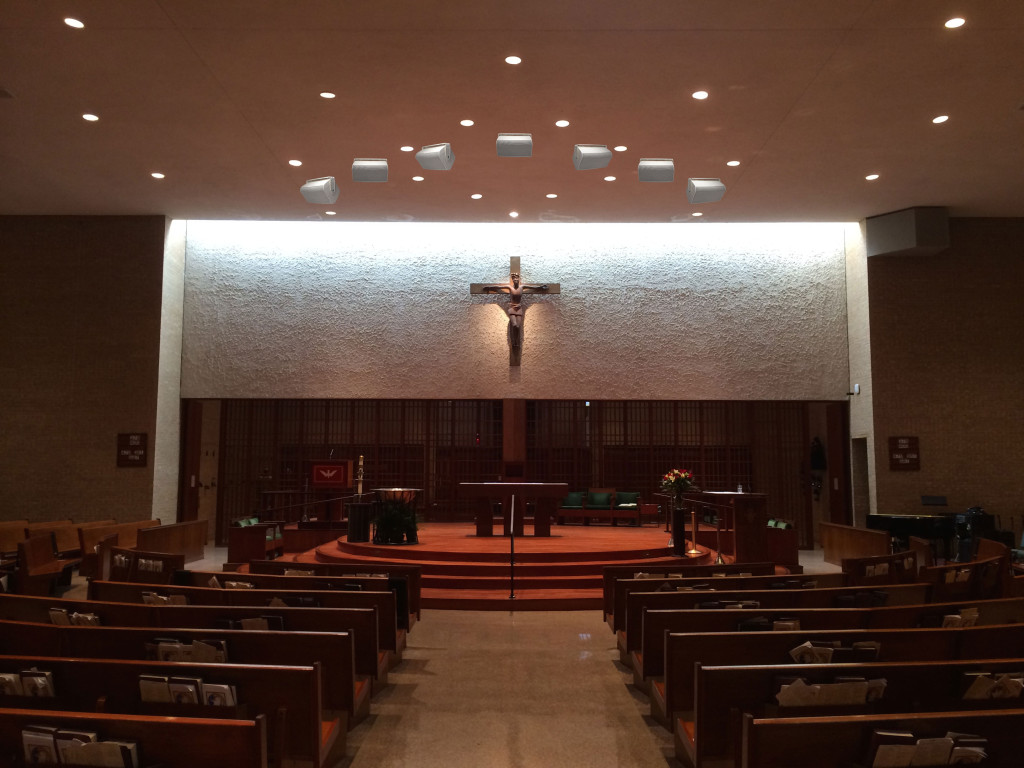 Here is a side view to learn if the 75 degree coverage pattern is going to work or not.

From the side view, it appears that 75 degrees of vertical coverage is going to provide too much coverage but the locations where the floor and back wall intersect with the coverage pattern are at the edges where we can expect to be 6db below the on axis response. Also the back wall is mostly absorptive because it’s the facade hiding the pipe organ which is made of soft material and open wooden framing. 75 degrees speaker will be a huge improvement compared with the existing overhead ceiling speakers.