I was recently contacted by the musical director for a local church requesting that I take a look at the current PA system and suggest how to optimize or make upgrades.

I requested some photos and these are what I was provided with. The labeling was added by the musical director. Very helpful! 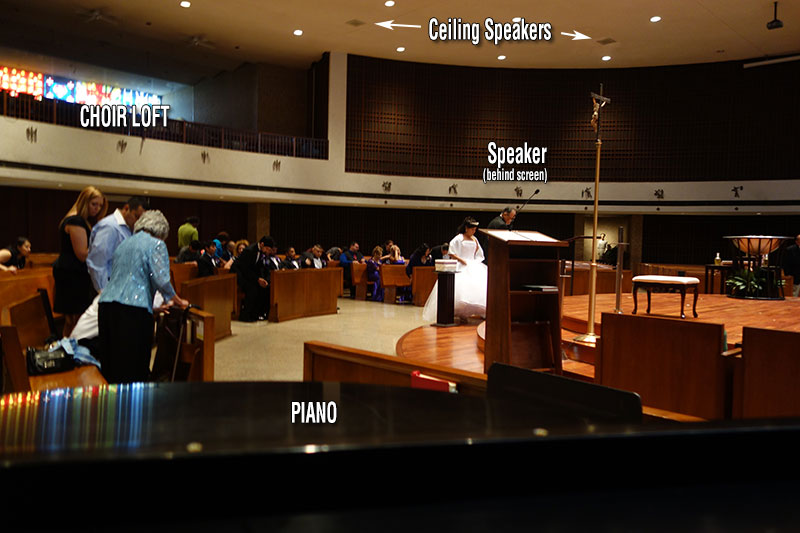 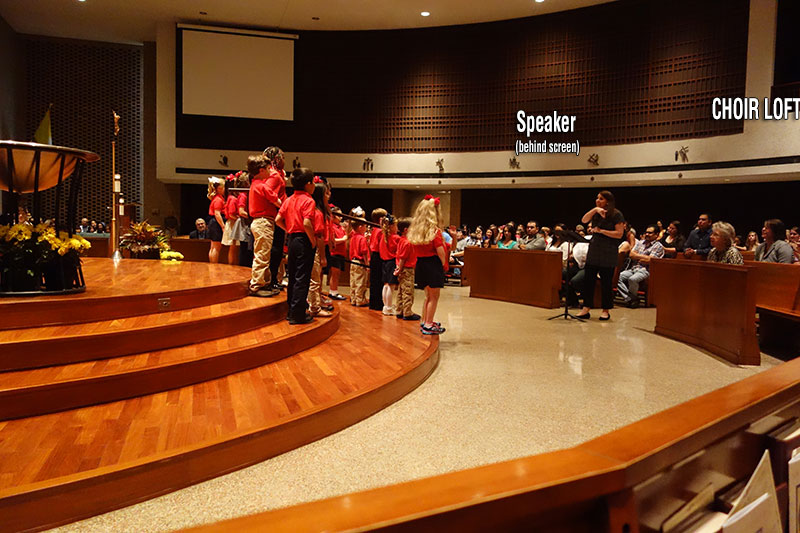 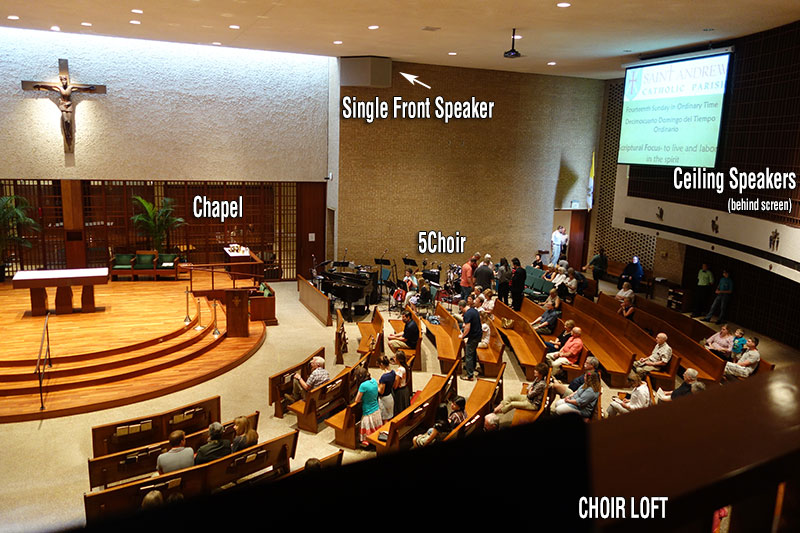 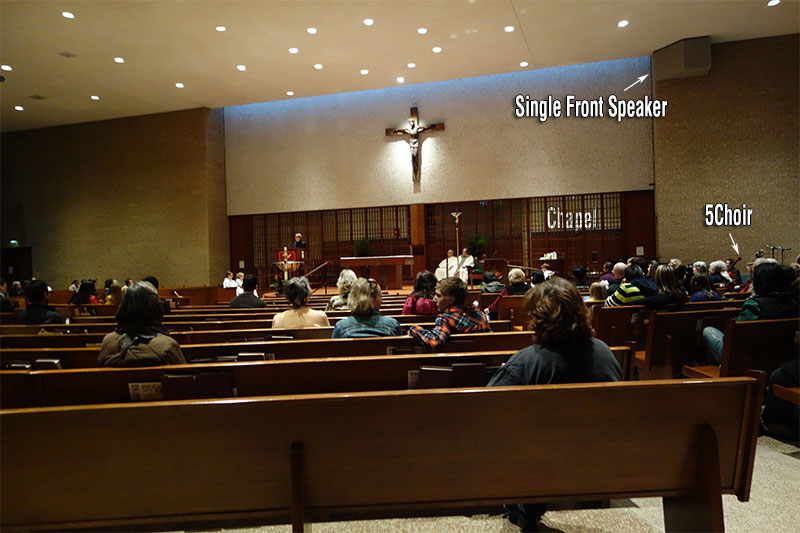 You may have noticed that they currently have one (1) main speaker! Obviously at some point there was another speaker but some how it was removed and not reinstalled and no one I met knows why.

Here is a top view floor plan of the room: 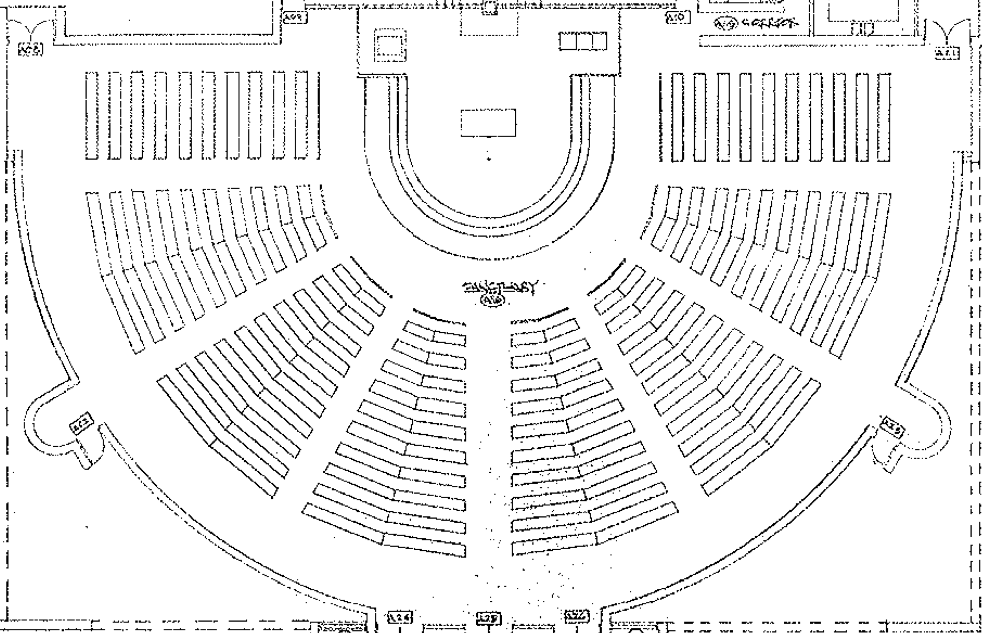 The system consists of the single main speaker on the house right, the ceiling speakers and (2) JBL speakers in the rear of house behind the pipe organ facade (one of which is disconnected).

I explained what happens when you have (1) speaker on (1) side of the room. Assuming the one speaker can cover the whole space (doubtful), obviously those sitting furthest away from the one speaker are getting less volume than those sitting closer. Then add to that lop sided system the (10) overhead speakers (all being fed from the same signal) which obviously means they are not delayed. Even worse since they all point straight down at the floor, they excite the floor. The room is not a bad sounding room acoustically but I would guess that when the system is used AS IS, it leaves a lot to be desired. The building was constructed in the 70s. What are the chances that those ceiling speakers are still operating at 100%? Most of the speakers I’ve seen that are that old need some maintenance. Especially if they were ever powered without some sort of high pass (HP) filter to protect them from low end. One of the reasons the church uses both the ceiling speakers and the one main speaker is because the one main speaker can produce some low end.

In case you don’t understand this already, small speakers don’t like low end. Small speakers (in general) have a a small travel range.

When looking at speaker specifications, there is a parameter called “Xmech” which indicates the maximum cone excursion before damage results.

Here is a WIKI article on speaker specs

Consequently, very small speakers or speakers designed for only voice or low SPL applications should be high pass filtered or else you risk damaging the speaker / speakers.

On my next trip to St Andrew, I will test the speakers in the system as well as possible. One of the issues with 70v speakers is that there is no easy way to test them separately other than to listen to them as close as possible. In the case of the ceiling speakers in this venue, I will need a tall self standing ladder or a powered lift to reach each speaker. Unless they have been replaced in the recent past, I would bet that they have been allowed to attempt to reproduce excessive low end which would also suggest they have pushed into over excursion at some point.