One important distinction between Meyer SIM3 and the other measurement systems I’m aware of is SIM3’s ability to display a PROCESSOR (EQ) trace at the same time it is displaying the console to microphone trace. 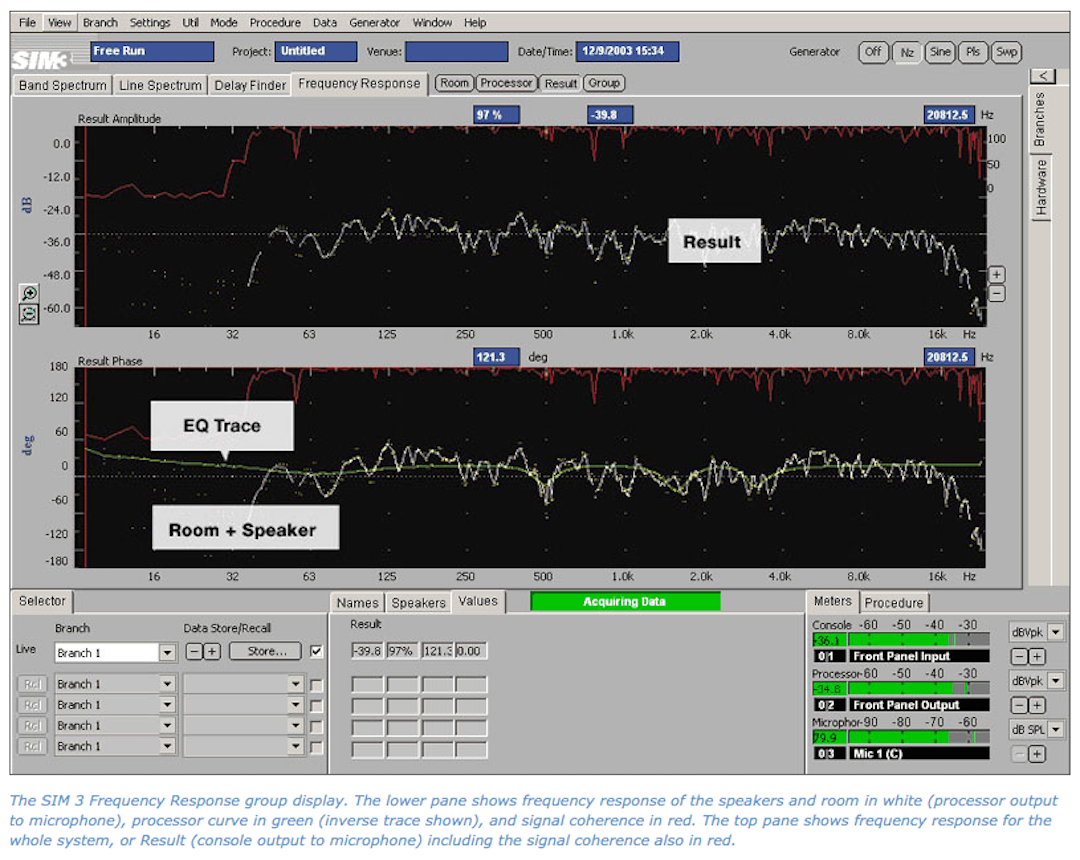 SIM3 refers to the (3) measurement nodes as “CONSOLE, PROCESSOR, MICROPHONE.”

Here is what Meyer has to say,

“3 is the Magic Number

A capability unique to the SIM 3 audio analzer system, these three transfer functions work simultaneously to provide real-time data acquisition. The SIM 3 system starts by measuring the effects of the electronic or acoustical signal path through a comparison of two points in the signal chain, most commonly combinations of the mixing console output, equalizer or digital signal processor output, and a microphone placed in the room to capture the sound as heard by the audience. Three transfer functions using state-of-the-art, dedicated hardware and software processing make possible a slew of computations and measurements, delivering a wealth of information in both frequency and time domains.

The CONSOLE to MICROPHONE trace displays the difference between what is leaving the console and what is measured by the microphone. The PROCESSOR trace provides a reference between the CONSOLE output and the PROCESSOR (EQ / DSP) output. The PROCESSOR EQ / DSP output is inverted so that when you adjust your EQ, if you create a curve that matches your console to measurement mic response, you will have created an exact opposite EQ curve. This EQ curve is called a “complimentary EQ curve”. With SIM3 you can visually see when you have achieved a “complimentary EQ curve” and the result at the microphone. This is obviously an important feature of SIM3 and has set it above the rest.

One of the things I have learned from SIM3 users is that once SIM3 has been configured using branches (preconfigured measurement nodes), one can manage large measurement projects with ease. When using SIM3 mic selector

Here is a diagram of what SIM3 does.